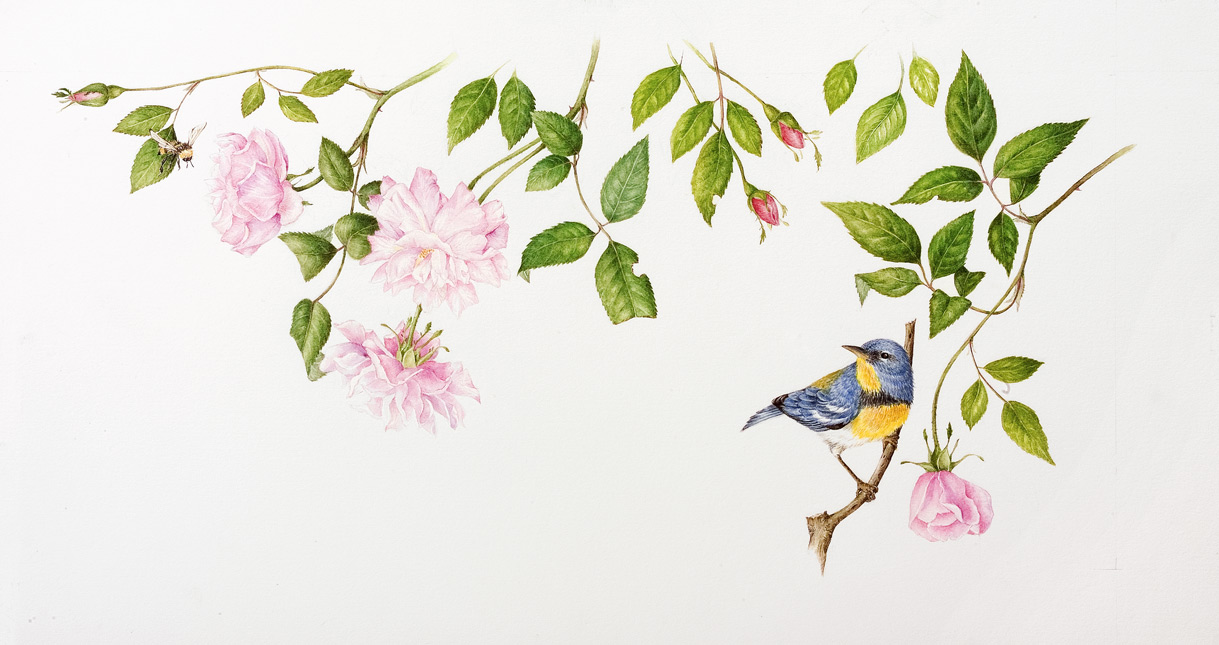 ( a.k.a. “Parson’s Pink China”, Rosa x odorata “Pallida”)
(Old Chinese garden rose introduced to England ca. 1750)
Known as “Yue Yue Fen” in China where it has been known and grown for more than a thousand years ( Graham Stuart Thomas), after it’s introduction to England in the mid 1700’s,  it rapidly became one of the most influential roses for rose breeding in Europe, particularly appreciated for it’s habit of generous and continuous flowering.
Here it is shown with a “Parula Americana” bird.